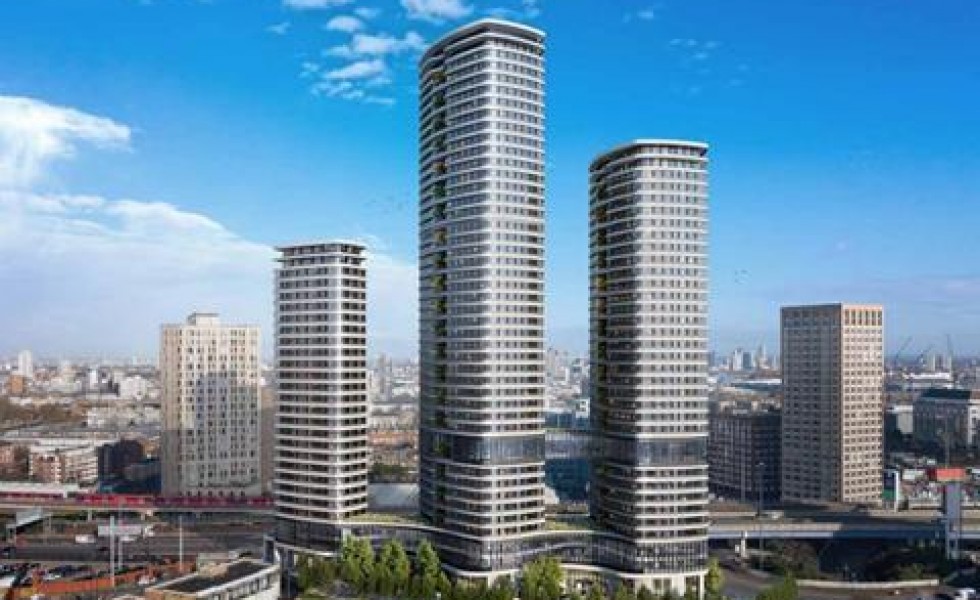 Tower Hamlets council has given the green light to the latest huge tower scheme near Canary Wharf.

It follows last month's approval of Glenn Howells Architects' 900-home cluster of towers about 700m to the east on Blackwall Way.

The latest scheme, which consists of three towers of 28, 36 and 48 storeys rising from a four-storey podium, will provide nearly 1,700 student accommodation units, 68 homes, more than 4,000sq m of commercial space and 1,200sq m of retail space.

It also includes a "sky bridge" linking student amenity levels in two of the towers.

Designed by architect Apt with Buro Happold, WSP, RLB and Gerald Eve on the project team, it was given a brief to target a Breeam Outstanding rating and become a "global leader" in terms of sustainability.

Initially conceived as a series of angular towers, the scheme's corners were chamfered to distinguish it from the towers of Canary Wharf to the south after a request by the council.

The towers were also slightly lowered in height to satisfy the council's requirement that the emerging Blackwall cluster, where the scheme is located, should be subservient to the towers in Canary Wharf.

The sky bridge was also raised and reduced in width to reduce its impact on daylight levels on the rooms directly below it.

Work is expected to start on site in the first quarter of 2022.

The green light follows Canary Wharf Group's unveiling earlier this week of a 55-storey residential tower on the western side of the Isle of Dogs.