Twitter: Dominic Bettison, Director of @WilkinsonEyre will be presenting at the 2022 #TallBuildings Conference on 'Tall Buil… https://t.co/vpTx8rx5Es        Congratulations to our 2020 'Best Tall Building Façade Engineering Project' winner @hodderpartners For your chance… https://t.co/qj9E1DkpBR        London resi tower to go ahead after High Court battle Attempts by the London Borough of Hillingdon to request a ju… https://t.co/bOPUXVIzhC        Congratulations to our 2020 'Best Commercial or Mixed-Use Tall Building Project' winner @peterdanneng For your chan… https://t.co/u4W9k4iuFY 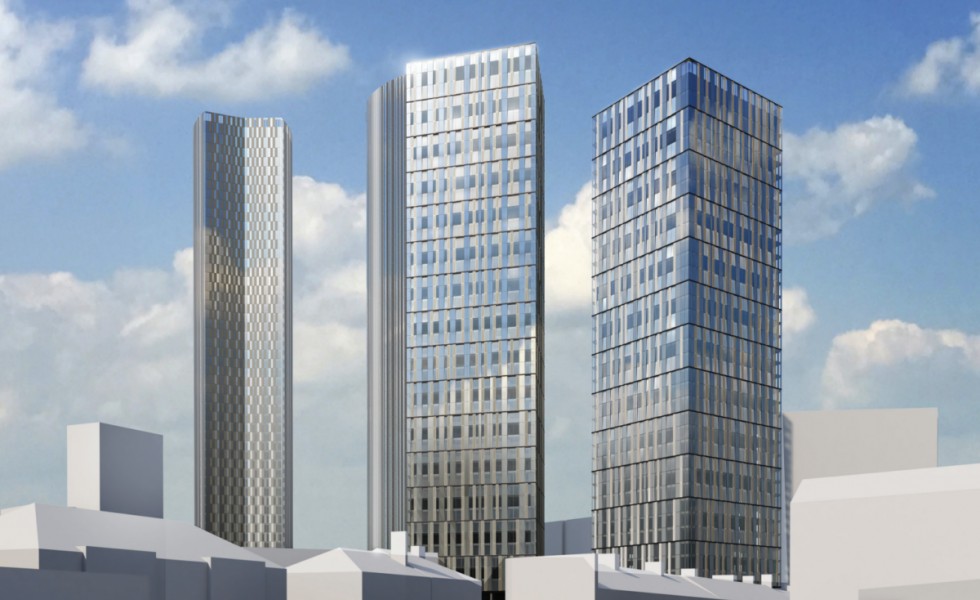 The Trinity Islands scheme consists of four towers from 39 to 60 storeys, as well as bringing significant public realm improvements.

The Deansgate scheme designed by SimpsonHaugh would create nearly 2,000 flats, varying from one, two and three bedrooms, and underlines growing confidence in the Manchester high-rise flats market.

Consultant WSP is supporting both the M&E and structural design of Trinity Islands.

Renaker bought the site from rival developer Allied London back in 2018, which then had planning for five high-rise buildings, including one at 67 stories that was due to be Manchester's tallest block of flats.

The site, which consists of two parcels of land. It is bounded by the River Irwell to the north and west, Liverpool Road to the east and Water Street and Regent Street to the south.

The new Trinity Islands scheme will consist of two pairs of towers, with designs that seek to give each pair their own visual identity.

On site C, the buildings are conceived as diamond forms with a crystalline facade, while site D will emphasise the taller height of the buildings with curved facades.