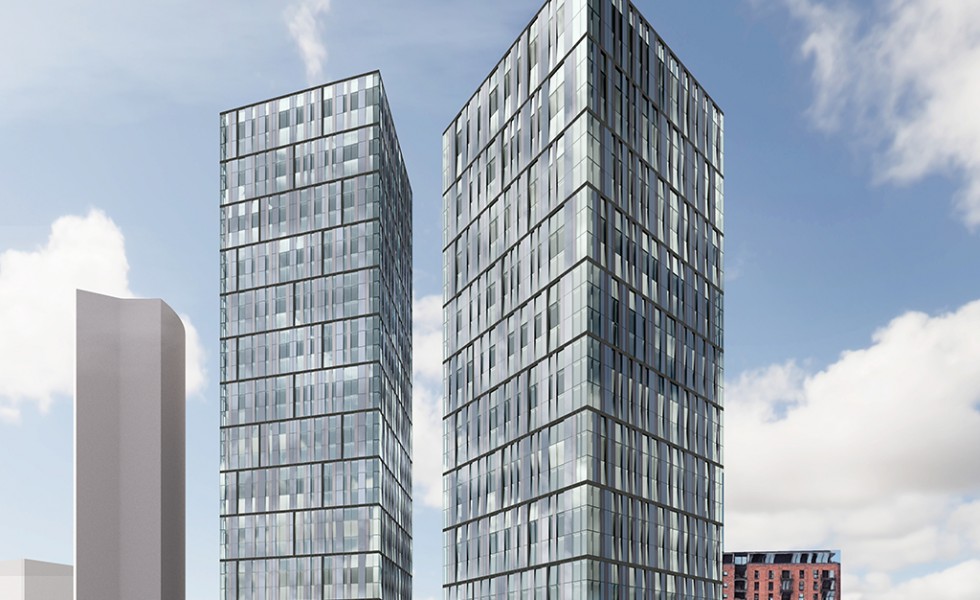 Renaker has announced it will submit plans for a project featuring four new residential towers in Manchester, ranging from 39 to 60 storeys.

The developer and builder launched a pre-application public consultation website this week, outlining its plans for the Trinity Islands riverside site in the new St John's area of the city centre.

Planners approved previous plans for the site for five towers ranging from 26 to 67 storeys in 2017. The then-owner Allied London subsequently sold the long-vacant site to Renaker.

Writing on its website, Renaker said: "Since acquiring the site, Renaker has been developing a deliverable scheme that will provide the opportunity to create a new community of residents and workers that are ideally located to access the high-quality amenities and leisure facilities within the wider St John's area."

It added that the revisions to the previously approved plans will enable river access. Its new plan will see the land divided into two sites with a pair of residential towers on each.

If approved, the scheme would be the latest in a number of Renaker tall builds in Manchester including the 64-storey Deansgate Square, formerly known as Owen Street and the 12 and 21-storey Castle Wharf at Chester Road, Deansgate.