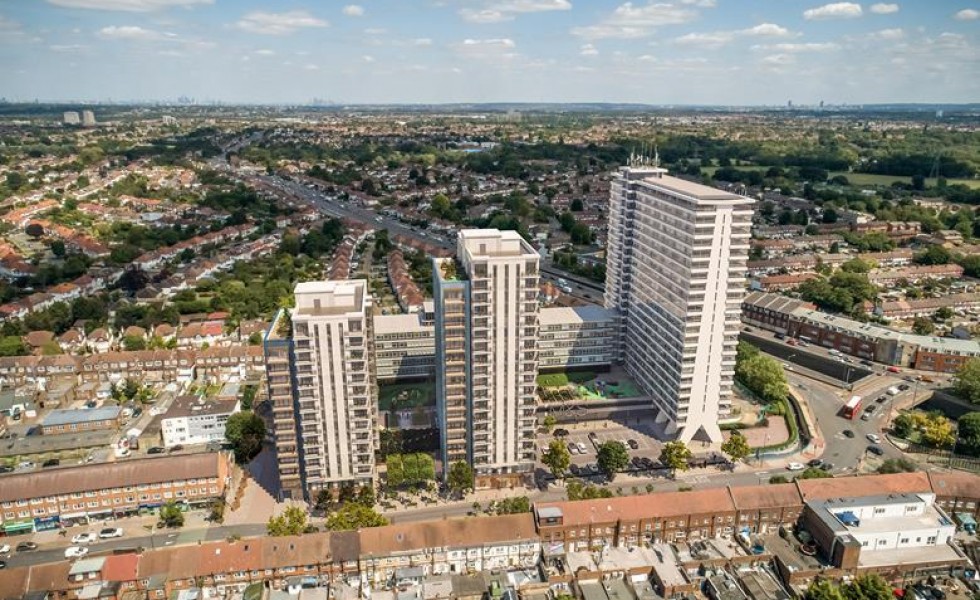 Plans submitted for hundreds of flats at Seifert’s Tolworth Tower 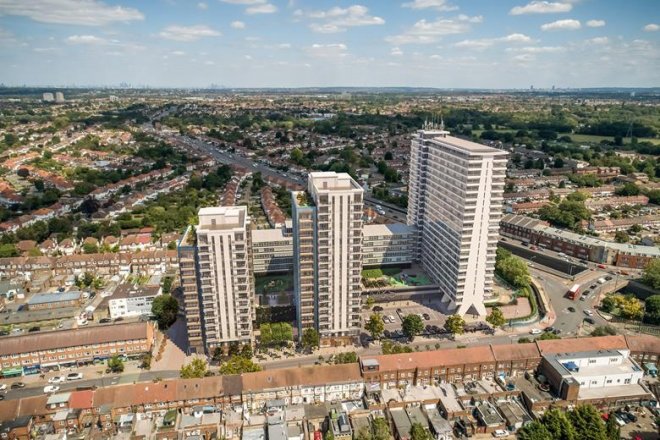 The proposals are part of a masterplan for the site beside the A3 dual carriageway in Surrey which includes already-consented plans to convert the vacant modernist office tower into flats.

Two towers of 15 and 19 storeys will be built beside the existing 22-storey structure which is the tallest in the borough of Kingston.

The scheme, which will create a total of 499 flats, is for Meadow Partners which bought the site from receivers in 2018.

It had become increasingly hard to attract office tenants because of low floor-to-ceiling heights in the tower which will become 261 flats ranging from studios to three-beds.

The building's concrete frame will be retained – saving 5,800 tonnes of embodied carbon, the architects said – while the cladding will be replaced with a "sympathetic interpretation" of the original, providing full-height windows and coloured glass panels.

The building's signature aluminium spandrel panels will be reinstated. The floating roof will be rebuilt and will define a setback top apartment floor, said 3D Reid.

The new buildings, Tolworth 2 and 3, will include residents' gardens and a living wall to mitigate the effects of the traffic on the A3. There will be shops at ground level.

"The scheme is tied together with a much-improved public realm on the Broadway and distinct private amenity space linking the buildings at upper levels," he added.

Seifert's most famous building, Centrepoint in London's West End, has already been converted into flats. Just down the road, his Kensington Forum Hotel is under threat of demolition.