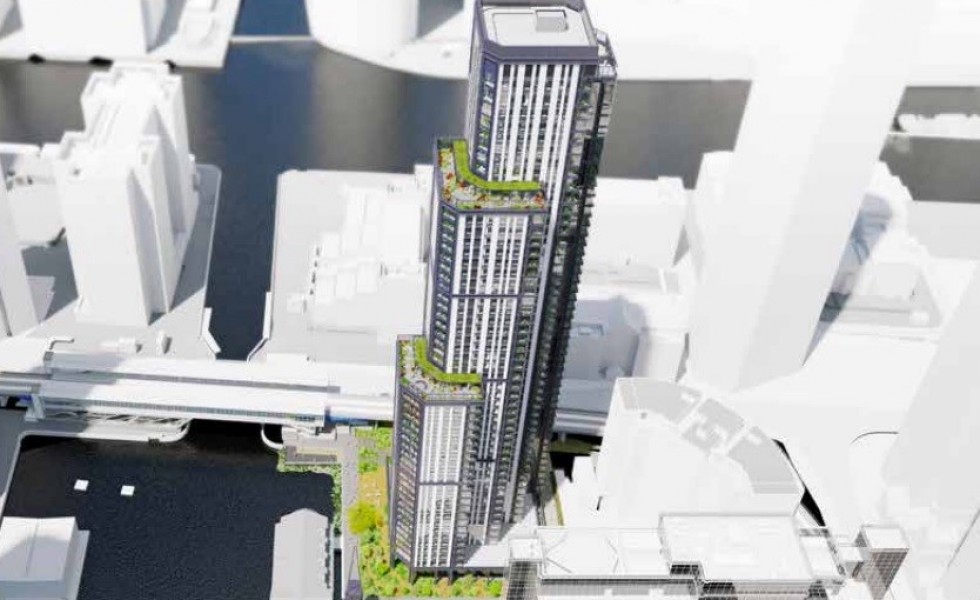 GAW Capital has submitted plans for a 52-storey residential tower in London's Docklands.

The asset management giant handed in documents to Tower Hamlets Council for the project at 4 and 5 Harbour Exchange Square on the Isle of Dogs.

Sited next to South Quay Docklands Light Railway (DLR) station, the tower would feature 457 homes, as well as retail, community and amenity space.

Architects Make initially proposed a 60-storey building that was almost 195m high. But, after consultation with the local authority, it was reduced to 170m and 52 floors.

The scheme will create a "substantially extended" area of public realm with a "distinct, landscaped character", according to the planning documents.

It has been designed to improve interaction with the dockside and create an "exciting, animated" street level close to the DLR station.

Just over one-third of the homes will be affordable, and plans include a multi-use children's play and youth centre, as well as onsite resident parking.

The new tower would sit on a parcel of land, bounded by water, that already includes several tall buildings, including Make's 48-storey 225 Marsh Wall and 53-storey Amory Tower.

It would replace low-rise office buildings close to Marsh Wall.

Tower Hamlets Council will rule on the planning application in due course.