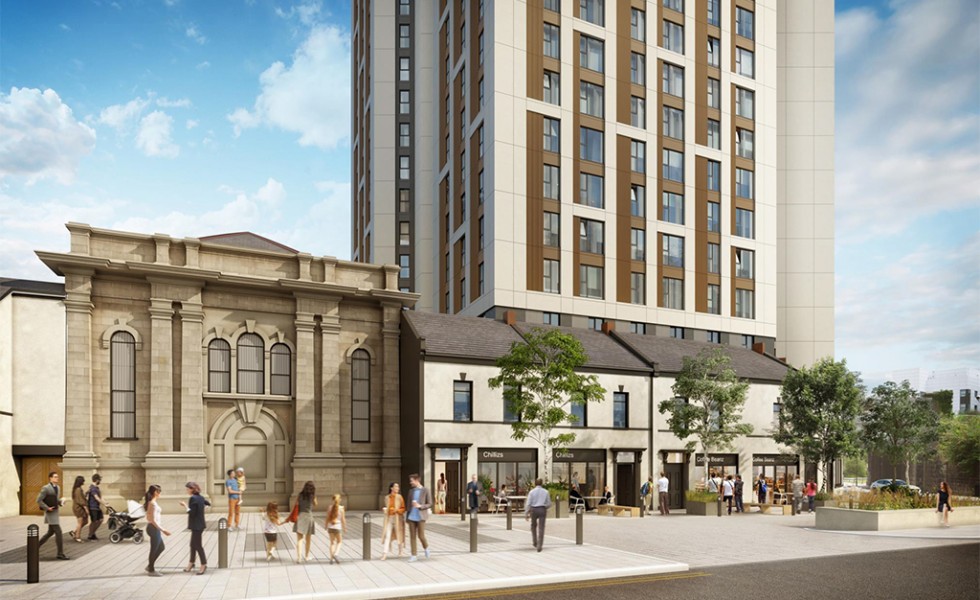 Cardiff County Council has been recommended to sign off the scheme on Guildford Crescent in the city centre. The tower, which is comprised of three conjoined blocks rising to 22, 26 and 30 storeys will house 272 build-to-rent apartments and four commercial units on the ground floor. No car-parking space will be built, but the tower will have bicycle-storage space.

The project is being backed by Galliford Try Investments. The division, which has assets worth £49.1m, has previously invested in school projects in Scotland and was preferred bidder on at least one other build-to-rent scheme at the end of June. It has estimated the project will cost around £45m to deliver.

The tower has faced some opposition, with local MP Jo Stevens objecting to it, in part due to a lack of affordable housing. As part of the planning conditions, Galliford Try was requested to contribute £4.8m towards affordable housing, public realm and community facilities. It claimed such a cost would make the project commercially unviable and the council agreed that a payment of around £500,000 would be "acceptable".

Cardiff's planning inspector recommended the application be approved due to the number of homes that will be built on what is currently a brownfield site. The council's planning committee is expected to decide in favour of the scheme when it meets on Wednesday.

Partial demolition has already been carried out at the site and Galliford Try will retain the facades of the old low-rise buildings that occupied the site and incorporate them into the tower.