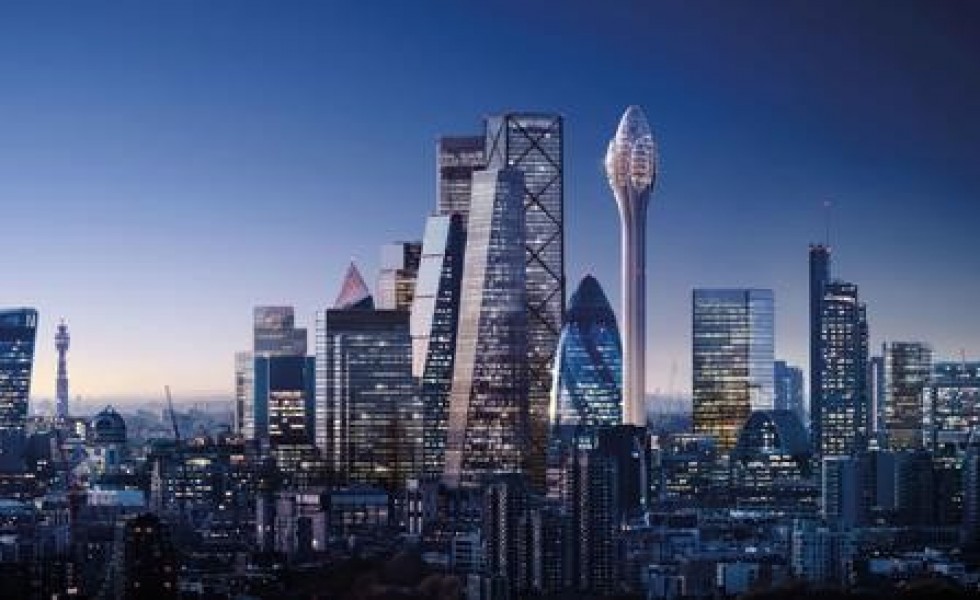 The project lead at Foster & Partners has rejected suggestions the firm's design for the Tulip tower in the Square Mile make it look like a "watchtower in a prison camp".

Robert Harrison was giving evidence on the third day of an inquiry into the 305m tall visitor attraction, which had been earmarked for a site next to the Gherkin in the City of London - before the proposal was refused planning by London mayor Sadiq Khan last year.

The building will include multiple observation levels - including external gondolas, a restaurant and "sky bar", and education space - in a 12-storey structure at the top of a slender concrete shaft or 'stem' in the heart of the Square Mile's eastern cluster of skyscrapers.

It had already been approved by City of London planners in the spring but Khan sided with government heritage adviser Historic England in opposing the scheme and rejected it last summer.

He said the proposal "would not constitute the high standard of design required for a tall building in this location" and would cause harm to the "outstanding universal value" of the Tower of London World Heritage Site.

Russell Harris QC, representing the scheme's developer Bury Street Properties, which has launched an appeal into the mayor's decision, asked Fosters' partner Robert Harrison about some of the jibes levelled at the tower.

Addressing Harrison, he said: "One of the criticisms made about [the Tulip] is that it somehow looks like a watchtower in a prison camp or something of that nature."

He was then asked if he agreed with criticisms made by Historic England that the tower's use of concrete in its 'stem' was "incongruous" in a part of the City characterised by glazed office blocks.

He said the Tulip, being a mixed-use building, had "an entirely different use" and added: "I should see no reason why there should be an association either in terms of its form or in terms of its material with neighbours that are providing a financial services headquarters or another office use."

On Wednesday, the developer's legal team denied that the scheme would "harm the ability to appreciate" the Gherkin, which would be just five metres away from the Tulip and said approval for the scheme would give the capital a much-needed confidence boost in the wake of the covid-19 pandemic.

Closing submissions will be heard on 11 December with the final decision set to be made by secretary of state Robert Jenrick - although no timeframe has been given for when this will be announced.