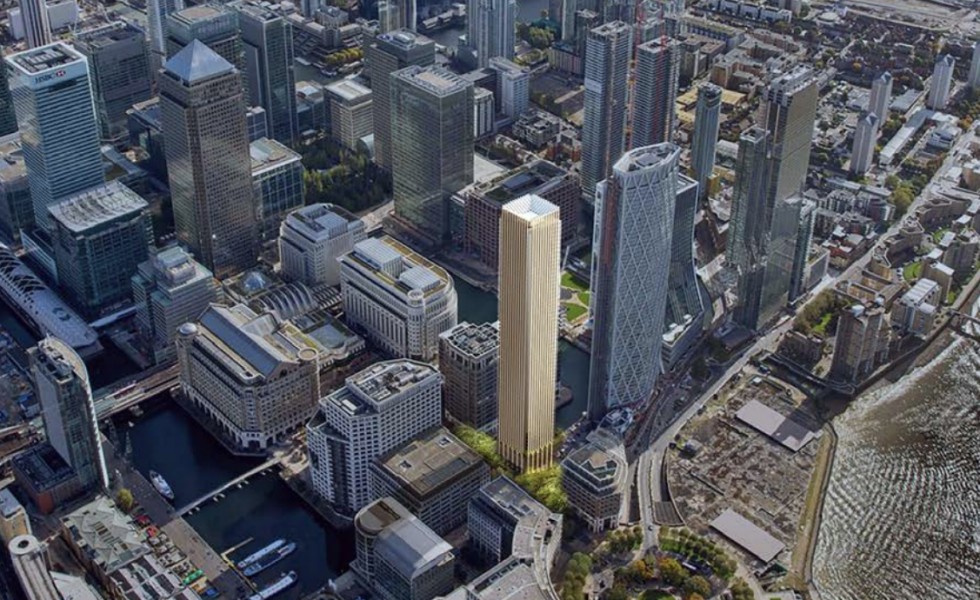 Canary Wharf Group has revealed plans for its next major residential tower at the western end of the London Docklands estate.
The Park Place build to rent tower has been designed by Skidmore, Owings & Merrill and will rise to 55 storeys, just a few floors lower than the neighbouring Newfoundland residential building at 58 storeys.
The slender high-rise will rise from a four-floor mixed-use pavilion containing shops, restaurants and workspace next to a new waterside public square.
The site is currently vacant but was previously occupied by a 1980s building, which was the former HQ of Littlejohn Frazer, demolished some time ago.
The Park Place site has been the subject of a number of previous planning consents, all office-led schemes.

The latest plan is for 624 homes specifically built for rent only and would include both market rent and affordable homes. Subject to receiving planning permission, it would be the intention to start enabling works on site in 2023.

Building fit-out is planned for 2025 with the building, which is to be built by Canary Wharf Contractors, handed over in 2028.